As a left-handed guitarist, you're already sure to stand out, and you're in good company! Check out these fun facts and famous people who play left-hand guitars.

Great Britain. The year is 1966, and a former session guitarist is about to take the stage. He has a strange style that will soon make him a legend--and leave other guitarists trying to mimic him for decades to come.

That guitarist was Jimi Hendrix. The "innovation" that made him most famous was restringing and flipping a right-handed Fender Stratocaster so he could play it with his left.

This reason, among many, is why Hendrix is still remembered as the most famous lefty to ever pick up a guitar.

Hendrix has some stiff competition though, both from his own time and the decades before and after it. And no wonder. Not only do left-hand guitars have a legendary endorsement, but they're just plain awesome to boot.

If you want to learn more about left-handed guitarists and the instruments they play, read on.

Masters of the Left-Hand Guitar

Notice the quotation marks around the word innovation in the first paragraph? That's because Jimi Hendrix wasn't the first to play a right-hand guitar upside down. He was just the most famous to do so.

For the longest time, left-hand guitars didn't exist. Or they were too rare and expensive for most people to get their hands on. So most left-handed guitarists had to flip the guitar upside down.

Avenged Sevenfold's co-guitarist Zacky Vengeance learned on a right-hand guitar, which he flipped upside down. In fact, Vengeance still plays on an upside-down guitar.

If you're into 90's punk music, then you may remember Jawbreaker and their lead vocalist and guitar Blake Schwarzenbach playing lefty.  Maybe not for everyone, but it's good to see left-handed guitars on not just huge names, but also on the bands filling rooms of 30 people moving into headlines on tours.

To this day, many people still play upside down. And if you happen to know a few guitarists, chances are one of them plays this way.

Even so, you can't discount those who used left-hand guitars, because they too have left their mark on musical history. For instance, Black Sabbath gave birth to metal, and they did it using a left-handed guitarist, Tony Iommi.

Even the most famous band of all time had a left-handed guitarist. Paul McCartney of The Beatles originally attempted to play right-handed, but he struggled with both frets and strumming. He switched to his left hand when he realized the Slim Whitman played left-handed.

[Edit 10/22/2019 - Thanks Susie!] Back in the states, Duanne Allman was a lefty who taught himself to play guitar right handed on a Japanese-made Teisco Silvertone that he traded his motor bike for. In the 60‘s and early 70‘s Allman tore it up first as a session player in Nashville and later with a number of bands like Muscle Shoals before becoming a co-founder of the iconic Allman Brothers band.

The nineties brought forth a new type of rock known as grunge. At the forefront of this new movement (and forever its poster boy) was a Seattle band called Nirvana, headed by Kurt Cobain.

The jury is still out as to whether or not Kurt was technically left-handed. His dominant hand tended to switch depending on what he was doing. It is clear, however, that when it came to guitar, he was definitely a lefty.

While it's a smaller list than right handed players, there's a great list of people on wikipedia that may surprise you with folks like Dave King from Flogging Molly to Kurt Cobain and many more.

For generations, left-handedness was thought to be a sign of disability, bad luck, or just plain evil. But in the last hundred years, a lot of new studies have emerged about left-handedness.

In terms of playing guitar, there are a lot of advantages to being left-handed, such as the specialization of the instrument. Oftentimes, since most people aren't naturally left-handed, and even fewer play left-hand guitar, they won't want to play yours. Or, at the very least, you have a perfectly inoffensive excuse for why they can't.

On a related note, it's a great way to get out of having to play when someone keeps nagging you to play a song. Also, left-hand guitars and guitarists are a bit of a rarity, so it can add to stage presence and symmetry.

In fact, the rarity of left-hand guitars tends to add a lot of value to them. This is not only in terms of money value for whenever you retire, but also because you might be able to get a cheap and fairly unused guitar online or in a guitar store.

For those who need to justify themselves to disgruntled bandmates, teachers, or family members, studies have found that left-handed people tend to have amazing hand-eye coordination. In fact, they're even faster with their right hands than right-handed people.

There's an astounding history of left-handed people and left-hand guitars. It stretches from the pioneers who paved the way by playing upside-down to the modern artists who became the masters of brand new genres.

The most famous left-handed guitarist of all time--at least the one most well-known for playing left-handed--was Jimmy Hendrix. His flipped Fender Stratocaster style is now legendary.

Left-handed guitarists have had a long journey getting to this point because of how the world used to perceive left-handedness. It has gone from being a curse to being, not just normal, but sometimes practiced as a style choice.

Part of this, for some, might be because a left-hand guitar is a great way to save or earn money (and to avoid it being played when you don't want to).

In general, lefties tend to have better, or at least quicker, hand-eye coordination with both hands than right-handed people do.

If you find yourself in need of a new guitar, look no further than our store. We are a specialty shop dedicated to providing the best products and services for left-handed guitarists.

Perhaps you don't want an electric guitar. Maybe what you're looking for is an acoustic, or a banjo, perhaps a violin? We have that too.

We have everything from guitars to mandolins to ukeleles. Plus, there's a whole load of accessories. We can even fix or buy an old instrument. It helps us keep our inventory up and our prices down.

So, if you want the best left-handed guitar shop this side of the digital age, we encourage you to visit our site today. 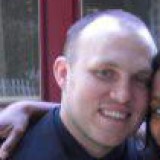